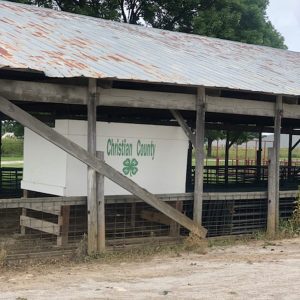 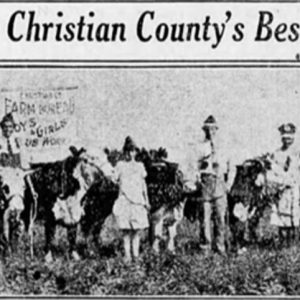 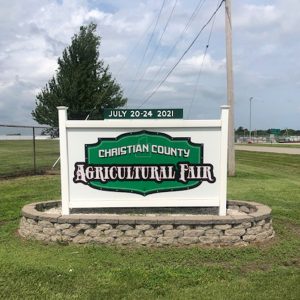 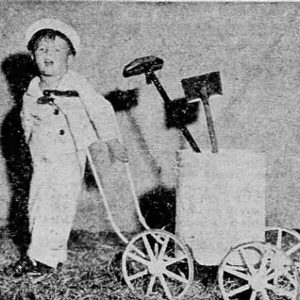 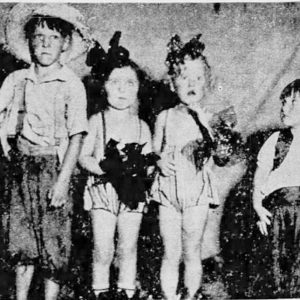 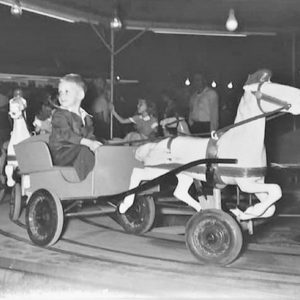 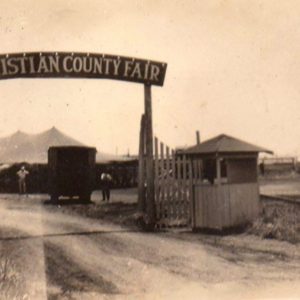 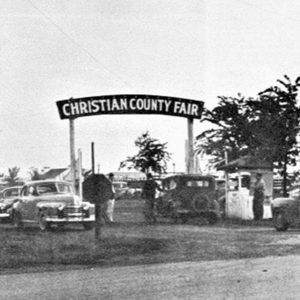 Picture it: April 29, 1924. Phil S. Haner, Robert Carlin, Louis Tolliver and Edward Alton signed the application for the incorporation papers for the Christian County Agricultural Fair Association. The fair was the outgrowth of a small fair and livestock show held in Manners Park for two or three years prior to 1924. The success of this small effort prompted the leaders to expand and bring into being the present fair.

Since the early years, there has been many names and faces who have worked hard to make sure the County Fair is still the best around. The Fair Board, which consists of volunteers who work endless hours and share a bounty of knowledge, makes sure all the i’s are dotted and the t’s are crossed. Some behind the scenes, and some front and center. Ever wonder who is in charge of judges for the livestock competition? Or what bands will play in the beer tent? And who lines up all the food ven- dors to make sure we have corn dogs, lemon shake ups and cotton candy? Someone is work- ing on all the details for the various pageants months ahead of time. Don’t forget the expo building exhibits and carnival rides and Young America Day events.

Among some of the most loyal board members is Jim Micenheimer. Jim is a 52 year veteran, served as president multiple times and has seen a lot of changes in his stint over the years. I asked Jim why he initially had an interest in the fair. He shared that the fair was up against a mortgage. There were several board members (Dr. Bliler, Dr. Bruel, Jon Ulz, Bob Dare, John Curtin, Gary Babbs, Jim Cooper) that raised money, sometimes going door to door, to keep the fair afloat. They made a plan to keep the fair in good standing.

Jim said, “I was impressed. This is how I got my interest in the dynamics of the fair.”

Jim says he’s just an “old country boy at heart.” He feels that, “those involved with the fair share the old country values and that is what sets these people apart.”

Back in the day, the 40 acres of land purchased in 1935 for $5,00 was home to some of the most outstanding Society Horse Shows in the midwest and was the largest show in the state of Illinois for county fairs (according to information gathered from the Fair Board website.) The fair also sponsored Harness and Running Races. The track was con- sidered one of the best in the United States. Ron Fleming who has served on the board for 48 years and multiple times as president, explained, “funding from past sources changed, and changes go with the times.” With time comes new and better entertainment.

Ron notes Tractor and Truck Pulls are a big hit at the fair and have been for awhile. “People like the noise and competi- tion. At the beginning it was a tractor with a souped up motor. But today tractors have evolved with multiple engines producing up to 1,000 horse power.”

“Physically, the fair has changed drastically. It is 10 acres larger than it use to be,” says board member Phil Roady, also a 40 plus year member of the board. “The grounds use to board horses year round. Those barns have now been replaced with new, modern buildings to better serve the Christian County youth.”

Phil also admits he has enjoyed being on the board and offers, “the philosophy has stayed the same and allows a safe place for the young people to show their projects.”

“Our board works closely with the 4H and FFA members and advisors and both are wonderful organizations” says Jim Olive, “Prior to the fair and after the fair ends, the groups have chores to set up or take down animal pens, clean up barns, check on livestock all of which is in addition to showing their projects.”

“They don’t get enough credit for all the work they do.” according to Jim Olive and Jim Micenheimer mentions the 4H and FFA are still the back bones of the county fair.

He stated “We have one of the most outstanding and successful FFA Associations in the midwest,” noting that “members have come home with top awards from conventions nationwide.”

I asked Jim Olive what he enjoys most each year and he replied, “setting up the fair! When the concessionaires start arriving, it feels like old home week. Many vendors return yearly and they become your friends.” He has been a board member for 31 years and was a president of the board for 4 consecutive years.

I laughed and said “Wow! Four years in a row!”

He replied “it gets easier as you go! You hope all goes well and if you make it through the Queen contest with no rain, then you know everything is going to be alright.”

And Jim Micenheimer also feels everything falls into place. Perhaps his attitude is one of the reasons he was nominated by Mike Drea and Jim Olive for Outstanding County Fair Person of the year and won in 2016. “Out of the 52 years with the fair, being chosen for this award was one of the most rewarding experi- ences of my life.”

This pretty much sums up what love for the fair and dedication Jim Micenheimer and fellow board members all have in common.

So as you visit the fair this year and happen to see a board member, feel free to say thanks for a job well done. 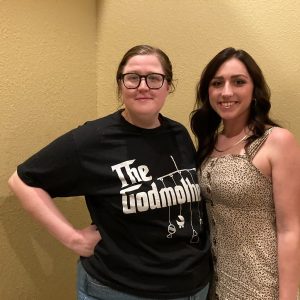