‘Slanted’ author to speak July 20 both online and in person

SPRINGFIELD — Simon Tam started as a musician who simply wanted to make a statement with the name of his band. He wound up in a legal battle that took him to the Supreme Court – and now he’ll share the experience and what he learned during an appearance at the Abraham Lincoln Presidential Library and Museum on July 20.

Tam, who is Asian American, founded a rock band called The Slants, a name meant to seize control of the slur and drain its power. But the U.S. Patent Office refused to let Tam trademark the name because of its offensive history. He wouldn’t take “no” for an answer, however, and kept fighting until he won his case at the nation’s highest court.

Tam has written a book about his years fighting over the band’s name. “Slanted: How an Asian American Troublemaker Took on the Supreme Court” provides a raw look at our legal system and offers timely insights on freedom of speech and the power of music.

The July 20 event is free and will be offered both online and in person at the ALPLM’s Union Theater at 6:30 p.m. Reserve your seats at bit.ly/ALPLMslanted. During registration, guests will have the option to pick an in-person or virtual tick- et. Guests attending in per- son can purchase Simon’s book and have it signed, or bring their own copies to be signed.

Teachers who attend will qualify for 1.5 CPDUs.

This program is offered in conjunction with the ALPLM exhibit “The State of Sound: A World of Music from Illinois.” The exhibit explores music and musicians from Illinois through videos, rare artifacts, personal documents and more. It runs through Jan. 23, 2002. 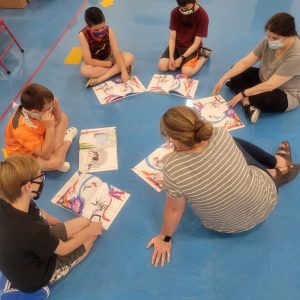 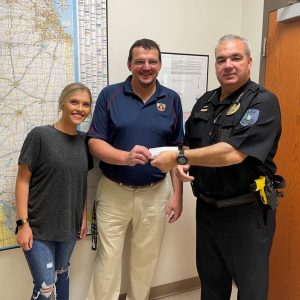