KINCAID — The South Fork Board of Education held a regular meeting on Wednesday, July 21 at 6:30 p.m. in the District Media Center.

At the start of the meeting, new Board Member Andrew Elder was sworn in to fill the seat left empty by Jack Hanlon’s retirement.

A burning question for many parents in the community was answered at the meeting. Superintendent Chris Clark presented the Board with his return to school plan and parent letter, which included his recommendation that the school district follow a local control scenario and allow masks to be optional for the opening of the school year.

Clark believed that with a tiered approach, and tested control measures in place at the buildings, the district would be able to promptly respond to any COVID-19 symptoms within the schools. He explained that the social distancing protocols and health screenings before students entered the buildings were some of the biggest factors in helping the district control the COVID- 19 situation during the last year. He plans to keep those plans in place.

He did warn that with the tiered response system the planning teams had created that there might be some upset parents. For example, if an outbreak were to occur and masks were to become required, they would first be mandatory for the unvacci- nated in accordance with the CDC guidelines. However, he explained the district would work on the assumption that everyone was unvaccinated. It would be on the parents and families to provide the schools with proof of vacci- nations.

The return to school plan also did not include a remote option. Clark explained that the best place for students to learn was in a classroom with their teachers. He did say accommodations would be made on a case by case basis for students who might have to miss out on some class time because of contact tracing quarantines, but his goal was to have the students in the buildings and learning in person.

The Board unanimously agreed with his plan and hoped to see the kids smiling when they came to school in August.

High School principal Stephen Groll announced that the first day for student attendance of the 2021/2022 school year would be held on August 18. Registration will begin on August 3.

A representative from Engie, a project planning company, was present at the meeting to go over what the company could offer South Fork. The Board and Clark had been working with Engie prior to the pandemic to get new HVAC systems and other badly needed building system updates and repairs going. Engie provides the district with many services that could benefit them in the long run. They would allow the Board to select local contractors based not on the lowest bid, but one the person who they felt would do the best work. Engie would handle the proj- ect coordination and take on all risk and responsibility, instead of the district having to carry it. Engie also offers a no cost increase and no inflation guarantee on their projects.

If the Board decided to let Engie handle their HVAC system and other projects, the company would bring their proposal to the October Board meeting. If accepted, negotiations would begin in November and December, with the project to start

sometime in 2022 when it would not interrupt student learning.

The next regular meeting of the South Fork Board of Education will be held on Wednesday, August 18, 2022, at 6:30 p.m. in the District Media Center. 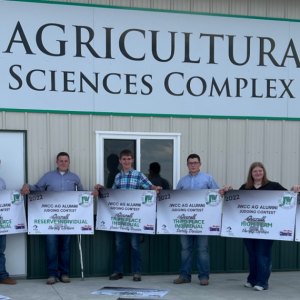 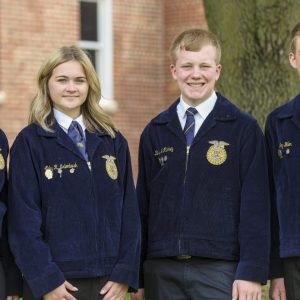