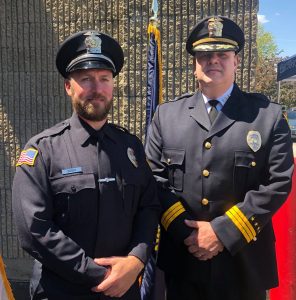 TAYLORVILLE — The Taylorville Optimist Club held its regular meeting on Thursday, August 12, 2021, in the Parlor of the First United Methodist Church. President Ron Spears called the meeting to order with the Pledge of Allegiance, followed by the morning prayer by Pastor Steve Robinson. The members present sadly acknowledge the departure of Past Club President and outstanding member, Pastor Steve Switzer, who was present for his final meeting as a member of our club. Steve and his wife will be relocating to the Fort Worth, Tx, area as they start a new mission of outreach to others. We all wish the very best to the Switzers.

Guest speaker for the morning was East Peoria Chief of Police, Rich Brodrich. Chief Brodrick appeared by “Zoom” to tell the club about a situation involving one of his officers, Jeffrey Bieber. Also present to hear Chief Brodrick were several local and area mem- bers of law enforcement, including Taylorville PD, Pana PD, Kincaid PD, Edinburg PD, and the Christian County Sheriff’s Office. Chief Brodrick detailed an incident that started as a call about domestic abuse, which became a struggle for life or death.

The suspect pulled out a knife, and began to stab and cut the officer repeatedly. During the ensuing struggle, Officer Bieber first discharged his Tazor. Having not made a good contact with the suspect, it failed to deter the attacker. It was then that Officer Bieber managed to pull his side arm and was able to shoot his assailant, fatally wounding him.

Officer Bieber underwent extensive surgery to repair the many wounds he suffered. He has recovered and is now back on the job. Chief Brodrick submitted Officer Bieber’s name to the Illinois Association of Chiefs of Police for an award for valor. After reviewing the situation, the Chiefs Association named Officer

Bieber as the “Officer of the Year”.

The Optimist Club will next meet on Aug. 26th, in the Community Room of the People’s Bank at 7:00 am. Guest speaker for the morning will be former Taylorville resident and THS student, Kelsey (Coker) Daniels. Kelsey and her husband Don have both earned their doctorates and have embarked on careers that will bring education to the less fortunate. All members are encourage to attend and bring a friend to hear from Kelsey. 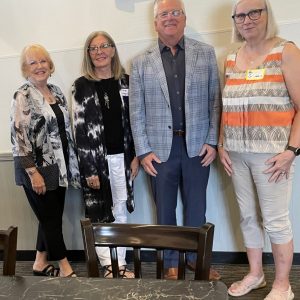