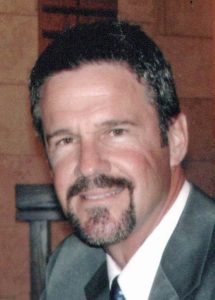 Michael K. DeMichael, 69 of Taylorville, passed away at 2:30am on Tuesday, August 17, 2021 sur- rounded by his family at Life’s Journey Senior Living in Taylorville. He was born on January 5, 1952 in Taylorville, the son of Tullio W. “Toots” and Evelyn A. (Young) DeMichael. He married Karen Lynn Buckmire on March 16, 1974 by Fr. Raymond Reich in the Holy Trinity Catholic Church, Stonington.

Mike graduated from Stonington High School in 1970 where he participated in many sports and went on to
play baseball at Eastern Illinois University. He began his working career at the Sangamon Company, spent time working at the Taylorville Post Office, and had a long career as a consumer banker at several local banks. In his retirement years, he worked as a greeter at McClure Funeral Home where he truly enjoyed visiting with those attending services. He always enjoyed being an entertainer, beginning as a drummer and lead singer in a local band. In the 1980’s Mike, along with his brother-in-law Mike Jamison and dear friend, John Green, were pioneers in entertainment when they started one of the first DJ services in the area, “SLAGT: Sounds Like A Great Time”. Together they entertained at countless weddings and parties all around central Illinois. In later years, because of his skills as an entertainer, Mike was often called upon to emcee at various charity functions.

The love of sports was a constant theme throughout Mike’s life, especially when it came to coaching. Beginning when his son Brent played basketball, Mike began as the coach of the 7th grade Terrier’s basketball team. His coaching career lasted for over 20 years, taking teams to the State Tournament on four occasions. While he loved the game, his true passion was caring for the kids he coached throughout the years.

In his free time, Mike loved to keep active running, biking, and especially golfing. He played countless rounds at area courses, as well as several golf trips with dear friends to Biloxi and other destinations. His proudest golfing accomplishment was his hole-in-one he made while in Myrtle Beach. Cooking became another favorite pastime for Mike. He always enjoyed trying new recipes, and won contests for his bleu cheese burgers and barbeque.

Family was the center the center of his life. He was very proud of his Italian heritage. More than anything, he adored his four grandchildren who brought endless joy to his life.

The visitation for Mike will take place from 5 until 7 p.m. on Friday, August 20, 2021 at McClure Funeral Home in Taylorville. A funeral mass will be held at 10:00am on Saturday at Holy Trinity Catholic Church in Stonington with Monsignor David Lantz officiating. Burial will take place in Oak Hill Cemetery, Taylorville. Memorials may be made to HSHS St. John’s Hospital NICU or Holy Trinity Catholic Church. McClure Funeral Home and Cremation Services in Taylorville is assisting the family with arrangements. Memories of Mike, or condolences to his family, may be shared online at www.mcclurefuneralhome.com.