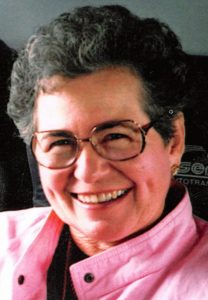 She was preceded in death by her parents, husbands, brothers Roy N Smith and Kenneth L Smith and sister Guilda Woodward and grandson Matthew Thomas.

Private graveside service and burial will be held on Friday, August 20 at 11:00 am, Oak Hill Cemetery in Taylorville. Pastor Becky Lembke officiating.

Memorials may be made to Christian County Meals on Wheels, Taylorville, Ill Sutton Memorial Home in Taylorville is assisting the family with arrangements.