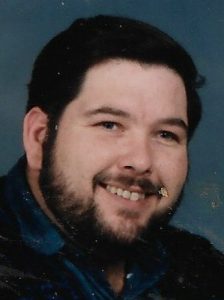 He was born September 21, 1957, in Springfield, Ill. The son of Charles and Barbara (Walker) Snow Sr. He
attended Girard and Virden schools. Timothy married Pamela Wise on
March 1, 1991, at the Kincaid United Methodist Church. She preceded him in death June 2, 2012.
Mr. Snow retired after 30 years as a security guard from Taylorville Memorial Hospital. He enjoyed fishing, playing video games, and spending time with his family.

He was preceded by his parents, wife Pam, four brothers Fred, Lester, Butch and Donnie, and one sister Patricia Snow.

Funeral services will be 11 a.m. Tuesday, August 24, 2021 at Masterson Funeral Home in Kincaid. Burial will follow in Oak Hill Cemetery, Taylorville, Ill. Visitation for Mr. Timothy Snow Sr. will be held from 9 am to 11 am the same day.

Condolences to the family may be left at mastersonfh.com