“What is life worth?” asks Washington lawyer Kenneth J. Feinberg (Michael Keaton) in the opening scenes of the based-on-a-true-story drama “Worth,” while writing the question on a blackboard for a room full of law school students.

To Feinberg, it’s not a trick question or a moral one. It’s a calculation. There are legal parameters and predictions of future earning power that dictate the answer.

In Sara Colangelo’s “Worth,” which premieres Friday on Netflix, Feinberg’s formulas are dramatically tested in extraordinary tragedy. After Sept. 11, Feinberg is among those brought to Washington to advise on compensation for the families of the victims. The idea floated is that Congress, for the first time, should create a fund for the families affected. It’s done partly out of genuine com- passion for a horrific loss — “government-sponsored charity” as one calls it and partly to avoid an avalanche of civil suits that could cripple the airline industry. It’s national mourning plus business interests.

And it’s that collision that Colangelo intelligently mines in “Worth,” a somber proce- dural about the 9/11 Victim Compensation Fund that details the complicated messes that result when government bureaucracy meets human lives that aren’t so neatly computed.

The movie is based on Feinberg’s own thoughtful account of his experience, his 2005 book “What Is Life Worth?” Seeing a way to serve his country, Feinberg, a mediator who had resolved the Agent Orange class action suit, took the job pro bono, knowing full well that weighing the value of janitors alongside CEOs would be a thankless task. In “Worth,” he takes a grateful call from President George W. Bush, who says he wouldn’t wish the job on his worst enemy.

Feinberg has two years to figure out who deserves what a steep assignment considering his staff begins without a simple list of the victims. I doubt that many, in the aftershocks of Sept. 11, were closely following the fund, or that still more would think its administration would make a riveting movie. When Sept. 11 has turned up in film, audiences haven’t often followed. Not entirely accurate thrillers (“Zero Dark Thirty”) have found more attention than denser tales that weed through the complicated aftermath (“The Report”).

But arriving almost exactly on the 20-year anniversary of Sept. 11, “Worth” is a well-acted, humanistic
film that takes a humble path to a historical trauma. Capturing how individual lives are shaped, warped and maybe manage to claw out something good in a dehumanizing bureaucracy might not seem the stuff of movies. (Though one of the great films, Akira Kurosawa’s “To Live,” does just that.) Yet “Worth” builds its case steadily, gently grappling with life and death, value and money in America. It doesn’t go as deeply as it could into the moral implications of the entire enterprise. But Colangelo (“The Kindergarten Teacher”) and screenwriter Max Borenstein (who has penned most of the recent “Godzilla” films) are attuned to the many soulful dimensions of the story.

Feinberg’s principal opponent is Charlie Wolf (Stanley Tucci), a widower who vehemently disagrees with Feinberg’s calculations. But everything that comes at Feinberg is an argument, in some form, that families don’t fit formulas. His aim
to bring an objective, clinical calculus to inherently per- sonal and emotional losses is gradually ground down by the many family members that push their way through his door, including a Staten Island firefighter’s widow (Laura Benanti, terrific). Sooner than their boss does, members of Feinberg’s legal team Amy Ryan and the especially good Shunori Ramanathan come to the conclusion that nothing about death and grief can be impersonal.

But as good as the supporting cast is, Keaton holds the movie together. Like many of his best roles, it’s a subtly smart performance resistant to the film’s inclinations to sentimentality. A story about the victims of Sept. 11 maybe ought not to focus on a lawyer dispensing the cash. But Keaton, a truly great actor in his responsiveness to those around him makes a compelling, initially tone- deaf listener to the stories that filter through “Worth.”

“Worth,” a Netflix release, is rated PG-13 by the Motion Picture Association of America for some strong language and thematic ele- ments. Running time: 118 minutes. Three stars out of four.

US special envoy to Haiti resigns over migrant expulsions

Japanese sisters certified as oldest twins in the world 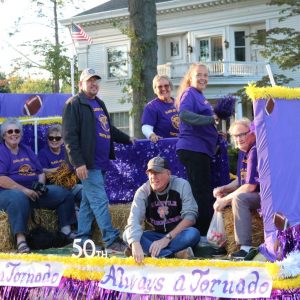