By ERIC TUCKER and HANNAH FINGERHUT

WASHINGTON (AP) — As the 20th anniversary of the Sept. 11, 2001, terrorist attacks approaches, Americans increasingly balk at intrusive government surveillance in the name of national security, and only about a third believe that the wars in Afghanistan and Iraq were worth fighting, according to a new poll.

More Americans also regard the threat from domestic extremism as more worrisome than that of extremism abroad, the poll found.

The poll by The Associated Press-NORC Center for Public Affairs Research shows that support for surveillance tools aimed at monitoring conversations taking place outside the country, once seen as vital in the fight against attacks, has dipped in the last decade. That’s even though international threats are again generating headlines following the chaotic end to the 20-year war in Afghanistan.

In particular, 46% of Americans say they oppose the U.S. government responding to threats against the nation by reading emails sent between people outside of the U.S. without a warrant, as permitted under law for purposes of foreign intelligence collection. That’s compared to just 27% who are in favor. In an AP-NORC poll conducted one decade ago, more favored than opposed the practice, 47% to 30%.

The new poll was conducted Aug. 12-16 as the Taliban were marching toward their rapid takeover of the country. Since then, Afghanistan’s Islamic State affiliate launched a suicide bombing that killed at least 169 Afghans and 13 U.S. service members, and experts have warned about the possibility of foreign militant groups rebuilding in strength with the U.S. presence gone.

In a marked turnabout from the first years after Sept. 11, when Americans were more likely to tolerate the government’s monitoring of communications in the name of defending the home- land, the poll found bipartisan concerns about the scope of surveillance and the expansive intelligence collection tools that U.S. authorities have at their disposal.

The expansion in government eavesdropping powers over the last 20 years has coincided with a similar growth in surveillance technology across all corners of American society, including traffic cameras, smart TVs and other devices that con- tribute to a near -universal sense of being watched.

Gary Kieffer, a retired 80- year -old New Yorker, said he is anxious about the govern- ment’s powers.
“At what point does this work against the population in general rather than try to weed out potential saboteurs or whatever?” asked Kieffer, who is a registered Democrat. “At what point is it going to be a danger to the public rather saving them or keeping them more secure?”

“I feel like you might need it to an extent,” Kieffer said. But he added: “Who’s going to decide just how far you go to keep the country safe?”

“I wasn’t for the torture stuff, which is why they did it outside the country. I wasn’t for that,” McWilliams said, referring to the harsh interrogation techniques used by the CIA to question suspects. “But as far as the surveillance is concerned, you gotta watch them ‚Äî or else we’re gonna die.”

Americans are also more likely to oppose government eavesdropping on calls outside the U.S. without a warrant, 44% to 28%. Another 27% hold neither opinion.

About two-thirds of Americans continue to be opposed to the possibility of warrantless U.S. government monitoring of telephone calls, emails and text messages made within the U.S. Though the National Security Agency is focused on surveillance abroad, it does have the ability to collect the communications of Americans as they’re in touch with someone out- side the country who is a target of government surveillance.

About half are opposed to government monitoring of internet searches, including those by U.S. citizens, without a warrant. About a quarter are opposed and 2 in 10 hold neither opinion. Roughly half supported the practice a decade ago.

The ambivalence over government surveillance practices was laid bare last year when the Senate came one vote short of approving a proposal to prevent federal law enforcement from obtaining internet browsing information or search history without seeking a warrant. Also last year, Democrats pulled from the House floor legislation to extend certain surveillance authorities after then-President Donald Trump and Republicans turned against the measure and ensured its defeat.

Despite general surveillance concerns, six in 10 Americans support the installation of surveillance cameras in public places to monitor potentially suspicious activity ‚Äî although somewhat fewer support random searches like full-body scans for people boarding commercial flights in the U.S. Just 15% support racial and ethnic profiling to decide who should get tougher screening at airports, where security was fortified following the Sept. 11 attacks.

About 7 in 10 Black Americans and Asian Americans oppose racial profiling at airports, compared with about 6 in 10 white Americans.

As the U.S. this summer was ending the two-decade war in Afghanistan, most Americans, about 6 in 10, say that conflict ‚Äî along with the war in Iraq ‚Äî was not worth fighting. Republicans are somewhat more likely to say the wars were worth fighting.

When it comes to threats to the homeland, Americans are more concerned about U.S.-based extremists than they are international groups. FBI Director Chris Wray has said domestic terrorism, on display during the Jan. 6 insurrection at the U.S. Capitol, is “metastasizing” and that the number of arrests of racially motivated extremists has skyrocketed.

But there’s a much greater partisan divide on other issues. Democrats, for instance, are far more concerned than Republicans about climate change, 83% vs. 21%. But Republicans are much more strongly concerned about illegal immigration than Democrats, by a margin of 73% to 21%.

_____
The AP-NORC poll of 1,729 adults was conducted Aug. 12-16 using a sample drawn from NORC’s probability- based AmeriSpeak Panel, which is designed to be representative of the U.S. popu- lation. The margin of sampling error for all respondents is plus or minus 3.2 percentage points. 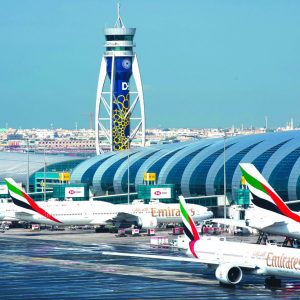