Macon, IL— Six division champions were officially named Saturday night in the BRANDT Championship Night of the 2021 Macon Speedway racing season. Five of those divisions had champions already mathematically decided while one division had a feature race to determine the point champion.

The Weddle Performance Engines Sportsman divi- sion had Jim Farley III from Springfield leading into the night with a 26- point edge over former champion Scott Landers. When the feature began and Landers wasn’t able to make it out on the track, Farley wrapped up his first track championship. However, the feature race was more exciting as former Sportsman champions Dennis Vandermeersch and Wes Odell battled for the checkered flag. Odell took

the lead from Vandermeersch on the last lap with some contact coming to the white flag and the contact loosened up Vandermeersch and he lost the lead to Odell. That gave Odell the momentum to continue to lead on to the checkered flag.

Guy Taylor came into the final night with a wrapped-up points cham- pionship in the BillingsleyRewards.com Modifieds but he went out in a blaze of glory. Starting the race from the sixth starting position, Taylor cut up the top side of the track and made moves to pass Rob Timmons, and Danny Smith to make him in the running with leader Alan Crowder. Crowder looked like he was on his way to his second feature win of 2021. Taylor just kept fly- ing and got around Crowder for the lead.
With the final laps coming in and Taylor was in a three-way battle for the lead as Crowder and

Taylor also came into the evening already know- ing his fate as champion in the Archer’s Alley Street Stocks class. He kept the car on the track and managed a top five finish. Terry Reed, a for- mer champion got the fea- ture win. After many close calls and top five finishes, Reed kept moving forward through lapped traffic and stayed ahead of Darrell Dick for the checkered flag.

Kyle Helmick has con- tinued to improve through his racing career and started to win features. His 2021 was nothing short of terrific as the Smithton racer came into the night already knowing he was the Pro Modified track champion but he put the icing on the cake as he won the feature, as well. Billy Knebel, the 2020 track champion,
was looking strong through the first half of the race but a yellow flag slowed the action. On the restart, Knebel was bumper -to-bumper with Helmick and within a few laps, Helmick moved for the pass and took on the lead and the victory.

In the Decatur Building Trades Pro Late Model division, Colby Sheppard clinched the champi- onship two weeks ago but has continued to show up and race and keep build- ing his points lead. With better than 150 points between him and the sec- ond place points holder Donny Koehler, Sheppard came out to race and try to win another feature
but Dakota Ewing kept him from doing that. The former Pro Late Model champion took the 20-lap win and Sheppard fell vic- tim to a broken racecar in the final lap. His car would be towed off the track after the race ended but still got to celebrate with the enlarged champi- onship checkered flag at the night’s end.

The division champi- onships finished with Allan Harris in the Hornets. Although not winning the final race of the season, Harris was pleased with his top five finish. The checkered flag in the Hornets went to a former Hornets track champion in Brady Reed who was racing for one of the first few times of the Macon Speedway year. Chasing down Billy Mason, Reed used his fast 4-cylinder to speed away from Mason and get the win.

Mechanics races and Powder Puff race. A com- bination of BillingsleyRewards.com Modifieds and Pro Modifieds were put together on the track and the 10 laps were raced and won by Bobby Fowler. Fowler, a former Modified racer, was racing in the D98 of Danny Smith. Fowler got past Nick Stillwell who was racing in the Cody Stillwell 00S.In the Weddle Performance Engines Sportsman and Archer’s Alley Street Stock combo Mechanics race, Sam Parrish ran the Darrell Dick 22 Street Stock to the checkered flag as he held off Justin Curry who was racing in the Sportsman Rick Roedel 11. The night and the season was capped off with Megan Blair taking the first place prize in the Hornets Powder Puff race. Blair was racing in Allan Harris’ 3H car. Brittany Stovall put in a close bat- tle for second while run- ning in the 324 Brady Reed/Shelby Beiler car.

The 76th consecutive season of racing at Macon Speedway is complete. Along with Daryn Stark in the Micro Sprints Presented by Bailey Chassis, the 2021 Macon Speedway division cham- pions have been crowned. With more racing coming at Lincoln Speedway next weekend in the DIRTcar Fall Nationals, the spring of 2022 will look to give more hope to drivers and racers for the upcoming summer.

Lancers mix of experience and talent brings balance to Raymond 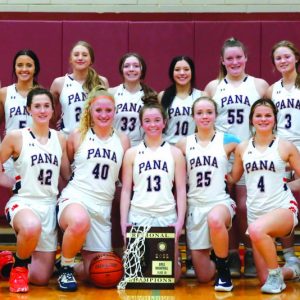 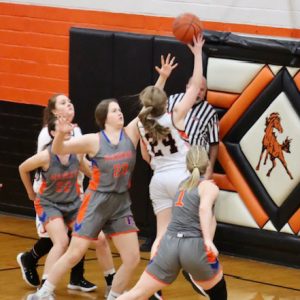 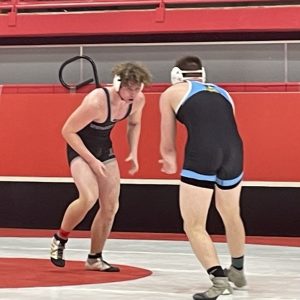 Wrestling Sectionals Kicked off in Vandalia