“Blood pressure control remains a major public health challenge that impacts even those being treated for the disease,” Visaria said in a news release. “Although we know that women tend to have an accelerated increase in blood pressure and car- diovascular disease risk after menopause, we have little information on whether blood pressure control is different by gender and whether it changes with age.”

The research will be presented Wednesday at the American Heart Association’s virtual Hypertension Scientific Sessions. It is considered preliminary until published in a peer-reviewed journal.

According to AHA statistics, nearly half of adults in the U.S. have high blood pressure, or hypertension, which increases their risk for heart attack, stroke, kidney disease and other health problems. The condition is defined as 130 and higher for sys- tolic blood pressure (the top number) or 80 and higher for diastolic (the bottom number), based on guide- lines from the AHA and American College of Cardiology.

Researchers used health informa- tion from the 1999 to 2018 National Health and Nutrition Examination Survey, a biannual, nationally repre- sentative survey conducted by the Centers for Disease Control and Prevention. More than 13,000 people being treated with medications for high blood pressure were included.

In their 50s and 60s, however, men and women had similar odds. But for people ages 70 and older, women were 29% more likely to have uncontrolled high blood pressure. In their 80s and up, they were 63% more likely than men to have the problem.

“In general, there is a need to increase awareness about uncon- trolled hypertension among older women and younger men, and fur- ther studies need to be done to understand the reasons behind this phenomenon,” Visaria said.

The study was limited by the fact researchers had access to only one reading at one time point. Because blood pressure usually fluctuates throughout the day, one reading may not accurately depict a person’s blood pressure.

“In order to really determine whether uncontrolled hypertension rates are changing in women versus men across age, a prospective study where blood pressure measurements are tracked over time in women and men with hypertension is ideal,” Visaria said.

If you have questions or comments about this story, please email edi- tor@heart.org.

Amid the Capitol riot, Facebook faced its own insurrection 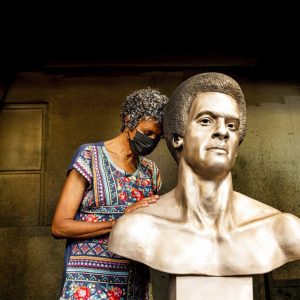