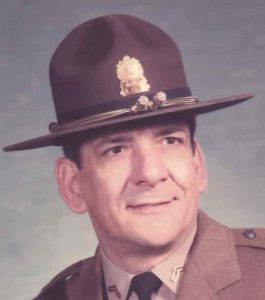 Upon graduating from high school in Chicago, Richard proudly served our country in the United States Army during the Korean War. After his honorable discharge, he went on to a career in the Illinois State Police, retiring in 1984 as a Special Agent with Division of Criminal Investigation. During his retirement, Richard and Lorraine owned and operated, Sarge’s Country Pub & Eatery in Morrisonville for 11 years. After selling the pub, he worked many more years for Bob Ridings Ford in Taylorville. Richard was a longtime member of St. Maurice Catholic Church, Knights of Columbus #1151, American Legion Post #721, Nokomis Masonic Lodge #0456, and the Fraternal Order of Police Trooper’s Lodge #41.

He was also preceded in death by his parents; son, Rick Luczak; and daughter, Michelle Fuchs.

Inurnment will follow the mass at St. Maurice Catholic Cemetery in Morrisonville.

Memorial contributions may be made to: National Alliance on Mental Illness, 4301 Wilson Blvd Suite 300, Arlington, VA 22203.

The family has entrusted Perfetti-Assalley Funeral Home in Morrisonville with ceremonies.