For the second time in four seasons, the Boston Red Sox and Houston Astros are set to play for the American League pennant. The best-of-seven AL Championship Series opens in Houston with left-hander Framber Valdez (11-6, 3.14 ERA) on the mound for the Astros against scuffling ace Chris Sale (5-1, 3.16).

Boston beat Houston 4-1 in the 2018 ALCS on the way to a World Series title. That came one year after the Astros downed the Red Sox 3-1 in a Division Series en route to their only World Series crown.

Boston manager Alex Cora was the bench coach for that championship Houston club before guiding the Red Sox to their 2018 title. A little more than a year later, he was let go by Boston and suspended by Major League Baseball through the 2020 postseason for his role in Houston’s illegal 2017 sign-stealing scheme. Cora was then rehired by the Red Sox in November.

Sale said he’s been on the mound every day since his one-inning playoff flop against Tampa Bay last week trying to iron some things out. He believes he’s rediscovered a changeup that was missing against the Rays and that he’s solved the problems commanding his fastball.

Mookie Betts, Cody Bellinger and the Los Angeles Dodgers head for Atlanta and get a day to rest up for their NL Championship Series rematch with the Braves.

After barely getting past the rival San Francisco Giants with a 2-1 victory Thursday night in the deciding Game 5 of their Division Series, the Dodgers are still looking to become the first World Series champion to repeat since the New York Yankees won three straight titles from 1998-2000.

Even though Los Angeles won 18 more regular-season games than Atlanta, the NL East champion Braves have home-field advantage in the best-of-seven series because they won their division and the Dodgers are a wild card.

Los Angeles rallied from a 3-1 series deficit to beat the Braves in last year’s NLCS, taking Game 7 by a 4-3 score on the way to its first championship since 1988.

“It’s going to be another good one. It’s not going to be easy,” Bellinger said. “We played each other a few times the last few years. So we kind of know what each other’s got, and really looking forward to it.”

Max Scherzer came out of the bullpen to pitch a scoreless ninth inning on two days’ rest for his first professional save in Game 5 against the Giants. He’s expected to be ready to start the NLCS opener Saturday night.

The Cardinals are in the market for a new manager after firing Mike Shildt over what team president John Mozeliak called “philosophical differences.”

The dismissal came a week after St. Louis lost to the Los Angeles Dodgers on a walk-off homer in the NL wild-card game. Last month, Shildt guided the Cardinals on a franchise-record 17-game winning streak.

Mozeliak told Shildt that he’d been fired. When asked about Shildt’s response, Mozeliak replied: “He was very shocked.”

The 53-year-old Shildt was the NL Manager of the Year in 2019, his first full season leading the team.

It is exceptionally rare for teams to fire managers the same day as a playoff game — hours later, the Dodgers and Giants played Game 5 of their NL Division Series. But Mozeliak and Cardinals owner Bill DeWitt Jr. decided it was important enough to seek permission from Major League Baseball to make the move immediately.

Mozeliak declined to discuss possible replacements, but did say there are plenty of internal candidates. He said the coaches who remain under contract are expected to return next season.

The Braves still aren’t sure whether outfielder Jorge Soler will be available for the NL Championship Series.

The Braves worked out Thursday at Truist Park without Soler, who hit a combined .223 with 27 homers and 70 RBIs with Kansas City and Atlanta during the regular season.

Soler has been vaccinated but may not be cleared to return until after the best-of-seven NLCS, which starts Saturday night when the Los Angeles Dodgers visit Atlanta. Manager Brian Snitker said he has not talked with Soler.

“We’ve got to approach it like I don’t know if he’ll be here for the NLCS,” Snitker said. “That’s how we have to approach it. Until he shows up and is cleared and does everything that MLB needs him to do, we’re going to look like it’s like he’s not going to be here.” 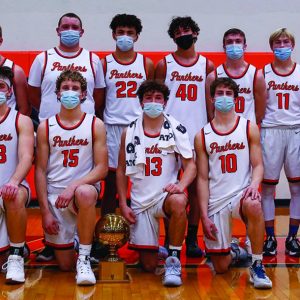 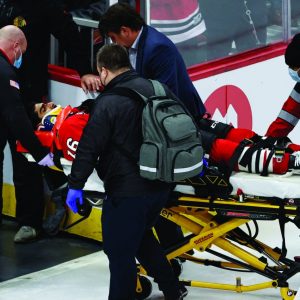 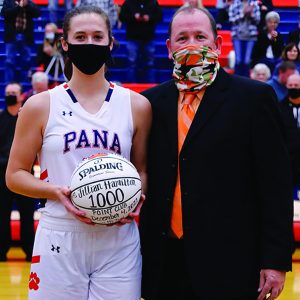