PANA — A dress code for Pana High School students takes effect on Wednesday after the Pana School Board approved the revised code during the Monday meeting in the Unit Office Conference Room on Monday night. High School Principal Kevin McDonald presented the new plan during the meeting.

Among some of the rules are students are not permitted to wear shirts which are obscene, degrading, suggestive or explicit language; sexually suggestive advertisements; advertisement of illicit substances; clothing which displays hate messages, death, suicide or violent messages; hats, bandanas, sunglasses and having hoods over head in school (poses a potential disruption to safety as students are not easily recognizable); shorts, dresses and skirts must be at least to the mid thigh; prohibit crop tops; and no visible undergarments.

McDonald said the dress code would be explained to students on Tuesday and the code would go into effect with the start of school on Wednesday.

School Superintendent Jason Bauer said the student enrollment in the district on Oct. 1 was 1,208. This is just seven students less than a year ago. The housing survey is taken on Oct. 1 each year and the number is used to figure state aide.

Bauer presented the chart of class numbers. The senior class at Pana High School shows an increase of seven and Kindergarten numbers are up by 20 over a year ago. The sharpest declines was in fifth grade numbers, down by 26 and the second grade, showing 23 less students than last year.

During the report of the Finance Committee, Bauer outlined the sources of fund- ing for a new elementary school in the district. Price tag is estimated at $24 million, which includes the demolition of both current elementary schools, Washington and Lincoln. Bauer said taxpayers of the district would not see an increase in their tax bills as a result of the new construction.

The biggest share would come from the sale of $12 mil- lion in Life/Safety Fund bonds. There would be an initial sale of bonds in October of 2022 and another in February of 2024. The new Life/Safety Bond would replace an expiring bond for Working Cash.

Another $7 million would be financed with what is known as an Alternative Revenue Bond, due to be issued in February of 2023. Bauer said this bond would be funded through the 1% Sales Tax the district collects from the tri- county area. He said last year, the tax collected $615,000 and these bonds would require about $400,000 per year in payments.

The existing district Education Fund would contribute $3.5 million from its surplus and another $500,000 from the Working Cash Bond would be utilized. After paying for the bonds, the Sales Tax Fund – based on last year’s figures – would allow more than $200,000 for repairs and/or maintenance to other school properties.

Funds obtained through the Elementary and Secondary School Emergency Fund (COVID related Federal money) of $1.5 million would fund a majority of the money for heating, ventilation and air conditioning for the building.

A location for the new school is still up in the air. Engineers apparently favor a location north of the present junior high, now used as a practice football field for the Pana JFL. There is another 10 acres just south of the current baseball field, for- merly the Coonrod farm. The engineers favor the north location due to a less compli- cated process to hook the building to utilities.

A proposal to replace all of the exterior doors at the junior high submitted by GRP/Wegman of Bethalto was approved. The plan is to replace 34 doors in 19 location around the school for a cost of just over $164,000. The district has applied for a $50,000 Maintenance Grant from the state to help with the cost of the replacement of the doors, all new hardware, frames and door frames.

An audit report on the district’s past fiscal year was approved for submission to the state board of education. Bauer said Corey Brown of Mose, Yockey, Brown and Kull auditors of Shelbyville presented the findings at a recent Finance Committee meeting. Only some minor suggestions were offered by the accountants and the school district remains in the state’s Recognition” status, scoring a 3.9 on the 4.0 scale. 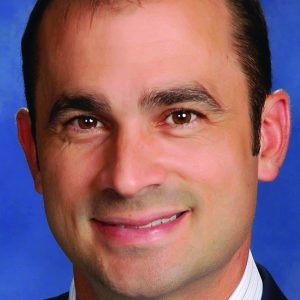