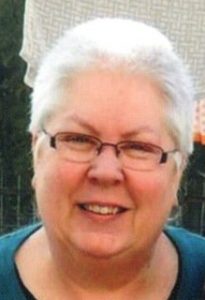 Melissa Jean Jones, 68, of Taylorville, died at home at 4:45 p.m. on Thursday, October 28, 2021, surrounded by her loving family. Born in Taylorville on April 6, 1953, Melissa was the daughter of Charles and Magel (Weeden) Pearson. She married Jimmy Ray Jones in Edinburg on June 9, 1973, and they shared 48 beautiful years together. After having her two daughters in the late 1970s, Melissa was a homemaker for several years before working as the secretary at West Elementary School. After that, she worked as a medical transcriptionist for 25 years before fulfilling her lifelong dream of becoming a nurse. At age 51, she became an RN and spent the rest of her career at Heritage Manor in Pana, working in numerous roles including Director of Nursing.

In addition to her vocation of healing, Melissa was a talented seamstress, from making matching dresses for her girls when they were young to serving as the costume mistress for the Taylorville High School Madrigal Singers. She had numerous other hobbies that included canning, soap making, knitting and crochet, and ñ most importantly ñ music. She taught piano lessons and accompanied her daughters’ performances for many years. Later in life, she joined her mother and sisters in a ukulele group that brought the joy of music to nursing homes and other venues throughout the area.

She was a member of the Way of Life Church in Taylorville for more than 40 years, where she served in numerous capacities, including leading the youth group and playing and singing on the worship team. Melissa was also active on the local National Day of Prayer Committee.