Acted to get driver out of truck stuck on RR tracks

TAYLORVILLE — Christian County Sheriff Bruce Kettelkamp presented an award to Brandon Gatton on Friday morning, calling him a hero for actions he took during the evening hours of Monday, Nov. 15, 2021. Gatton was able to get a driver of a pickup truck, who was fairly unresponsive, out of the vehicle which was stuck on the railroad tracks and escape just before an eastbound Norfolk and Southern freight train slammed into the truck.

The truck was located on tracks just west of the Shumway St. railroad crossing. The incident happened about 7:05 p.m. Monday.

“Brandon is our newest hero here in Christian County,” the sheriff said at the award presentation. “This is the second time this year that we’ve had a citizen step up and save someones life.”

Gatton said he was driving east on Calvert St. when something caught his eye that didn’t look right.

“When I pulled over and looked up and thought, ‘Oh my God. There’s a truck on the tracks.’ The vehicle did not have its lights on or anything. I didn’t know if there was anyone in it.”

Gatton got out of his vehicle and headed toward the truck.

“When I approached, the dome light came on and this gentleman looked right at me and actually startled me as much as I startled him,” Gatton said. “And I asked, ‘Sir, are you okay?’ He immediately said ‘Yes.’ When I asked him, he couldn’t say his name and I knew right there, there was something pretty wrong.”

And the situation grew more intense a moment later. Unable to get the driver out of the vehicle, Gatton said he thought he heard a horn.

“I looked at both ends of the track and thought, ‘I’m just being paranoid.’,” he recalled. “I’m standing on a set of railroad tracks, there’s no train.”

It only took about 10 seconds to know the situation was grim when he looked back to the west.

He was able to get the man about 35 to 45 feet away from the vehicle and told him to stay down because he didn’t know which way the vehicle or the debris was going to go. Seconds later, the train struck the 2019 Toyota Tacoma, spreading debris down the railroad track.

“I was looking directly at him and I saw that train and thought, ‘I don’t want to do that again’,” Gatton said.

The driver of the truck, Randy R. Tester, 68, of Taylorville, was arrested for suspected driving under the influence of alcohol. Police believe Tester left the tavern just north of the railroad track and was supposed to turn right before the tracks. The driver apparently missed the turn and went up over the railroad crossing. He then turned right and traveled about 100 yards along the railroad tracks and attempted to cross the tracks and got stuck.

Gatton said after the train struck the truck, the driver did tell him thank you and apologized for the incident.

Kettelkamp said back in the spring, another driver got stuck on the railroad tracks near the ADM facility north of Taylorville. A sheriff’s deputy pulled the person from the vehicle just before the train struck. 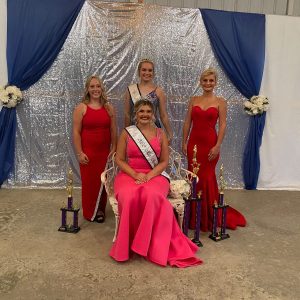 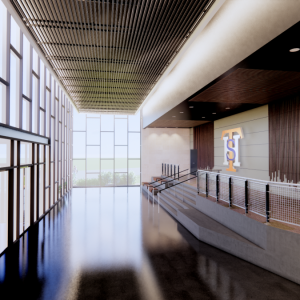 Building plans presented to school board