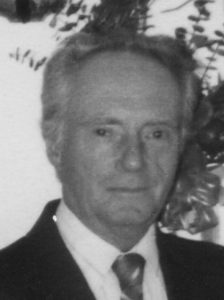 March 9, 1941 — November 26, 2021
Floyd passed away peacefully at his hime in Taylorville. He was born March 9, 1941 to Carl and Beatrice Fixsal, Sr. He married Rita Underwood December 28, 1960.
Floyd served with the United States Army and later worked at Taylorville Feed & Fertilizer upon retiring. He could be found in his garage working on his truck and car. He loved life and lived for each new day. He will be missed by his family and friends.
He is survived by his first wife, Rita Stephens, children: Mary Lou (Pat) Brownfield, Floyd (Butch) Fixal, sister Carol Plopper, sisters-in-law: Della Fixsal and Noella Fixsal, grandchildren: Emily (Amanda) Daniels, David Lee Fixsal, Chaz M. Fixsal, several nieces and nephews, and special great-granddaughter Maddy Daniels. He also has three daughters by a previous marriage: Christy, Stormy, and Judy and families.
Floyd was preceded in death by brothers Carl, Bob, John, sister Cathy, and his parents.
Floyd requested no services and was cremated. There will be a private burial at a later date, Butler Funeral Home is in charge of arrangements.