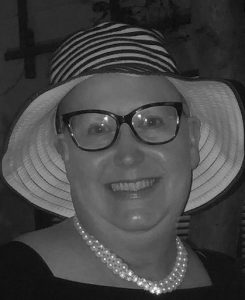 Carol Jane Breuel (Parker), 56, of Jonesborough, passed away December 6, 2021 at her home surrounded by her loving family. She was born June 29, 1965 in Seneca, South Carolina the daughter of the late Howard and Donna Parker. She met her forever love Kevin Breuel, in Clemson, South Carolina and they were married June 2, 1990.

Carol and Kevin lived in Morgantown, West Virginia until they moved to Johnson City, Tennessee in 1991. Carol received a Bachelor of Science degree from East Tennessee State University in 1996, specializing in early childhood education. Carol had a special One of her proudest achievements would  be becoming a mother to her two beautiful children, Parker and Lexie Breuel. gift in her ability to connect with children and make each one of them feel as if they were the most important person in the room. She was blessed to be able to use this gift for many years at Sulphur Springs Elementary School until she started her courageous fight with Ovarian Cancer in 2019.

Carol also had a fierce passion of love for family and friends. Carol’s proudest achievement was becoming a mother to her two beautiful children, Parker and Lexie Breuel. Her gentle nature, kind heart and endless love left a lasting impression on everyone she met leaving them feeling better and blessed for knowing her. Carol also enjoyed her time with her two fur babies Lilly and Gracie. It is with deep sorrow of the family to lay such a loved soul to rest. Carol will be heavily missed by many and never forgotten.

Pallbearers will be family & friends.

In lieu of flowers, donations may be made to Sulphur Springs Elementary School.
Condolences may be sent to the Breuel family online at www.dillow-taylor.com
Dillow-Taylor Funeral Home & Cremation Services, Jonesborough, Tenn. 753-3821