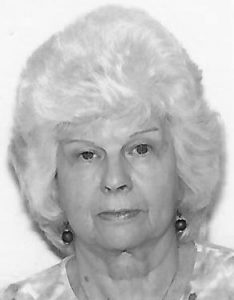 Phyllis (Mickey) Patton passed away peacefully in her Carson City, Nevada home on December 7, 2021 in the presence of her husband Phillip and their oldest daughter Kristine, following a struggle with a very rare cancer. Phyllis was born on February 25, 1941 in Taylorville, Illinois to parents Philip G. Weiser and Vivian (Varvel) Weiser. Phyllis graduated from Edinburg High School in 1959 and went off to St. Louis to attend The Gradwohl School Of Laboratory Technique. Following graduation she then married her high school sweetheart, Phillip Patton, on June 19, 1960 in Bethel Baptist Church (the same church in which her parents wed 20 years earlier).

During the first half of their marriage Phyllis was know as Phil’s wife. When they moved to Carson City Phyllis soon discovered that the city had an opening for a member of the Library Board of Trustees. She applied and was appointed, serving over 20 years on the board, part of the time as Chairperson. Mixed with trustee duties Phyllis served 10 years with the Library Foundation and more than 10 years with the Friends of the Carson City Library, 7 as president. She was dedicated to raising funds to support the local library. She was never again known s Phil’s wife, but Phil became known as Phyllis’s husband.

Anyone who wishes to help carry on her cause may make a donation (in lieu of flowers) to The Phyllis Patton Memorial Fund – send to FOCCL, 711 E. Washington St., Carson City, NV 89701.

Phyllis did not want a public service and will be cremated here in Carson City. Her ashes will later be interred in the Bethel Baptist Church cemetery (the church in which she was married).