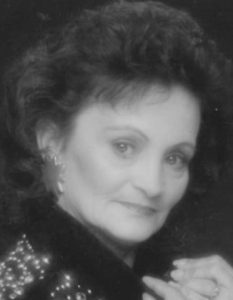 Anna Mae Estell, 75, of Taylorville, formerly of Litchfield, passed away on Thursday, December 23, 2021 at 7:41 a.m. at HSHS St. John’s Hospital in Springfield. She was born on June 20, 1946, in Taylorville, Ill., a daughter of William Payne and Adeline (Stephens) Bates. Anna graduated from Litchfield High School with the Class of 1965.
She was a Certified Nursing Assistant at HSHS St. Francis Hospital in Litchfield. In her earlier years, she worked at the former Turtle Creek Nursing Home in Litchfield and at Meadow Manor Nursing home in Taylorville. Anna married Donald Wayne Estell on March 25, 1995 in Litchfield. He preceded her in death on January 22, 2007.

Funeral services will be conducted Thursday, December 30, 2021 at 11:00 a.m. at the Plummer Funeral Home in Litchfield, Ill.,, The Rev. Floyd Terry of Nokomis, Ill., will officiate. Burial will be in Harvel Cemetery in Harvel. Visitation will be Wednesday evening from 4:00 until 7:00 p.m.

For more information, to light a virtual candle, or to sign the online guestbook, please visit www.plummerfuneralservices.com.