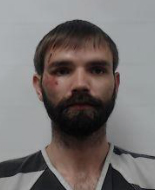 MOWEAQUA — Shelby County State’s Attorney Nichole Kroncke announced that Travis L. Sinnard, age 27, of Moweaqua, Illinois, was sentenced to four years in the Illinois Department of Corrections for the offense of Threatening a Public Official, a Class 3 Felony with a sentencing range of probation to five years in prison.

Shelby County Sheriff’s deputies made contact with Sinnard on August 11, 2021 for the purpose of serving Sinnard with an order of protection. Sinnard answered the door of a residence with a knife in his hand and threatened to cut the throats of two sheriff’s deputies as they served him with the order of protection. Sinnard physically resisted arrest and claimed that “this is all being done by the Democratic party.” The knife was seized as evidence and one deputy was injured during the altercation.

Sinnard remained in the Shelby County Jail since his arrest. In 2012, Sinnard was convicted of Aggravated Battery to a school employee and received probation as a sentence. This is Sinnard’s first sentence to the Illinois Department of Corrections.