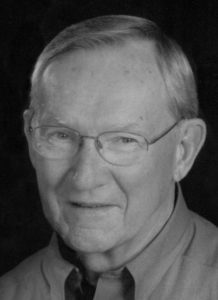 Tom grew up in Stonington and attended School District #7 in Christian County. After graduating, he enlisted in the U.S. Air Force in September of 1961. He received specialized training in electronics, rose to the rank of Airman 1st Class, and served as a Simulated Flight Trainer at Reese AFB in Lubbock, Texas until his discharge in September of 1965. During this time he earned a private pilot’s license and enjoyed recreational flying for many years. He met Barbara Wheeler while working as a field engineer for Burroughs Corporation in Decatur, Ill. They were married on May 19, 1973. He was transferred and they moved to Wheaton in 1978. Tom worked in the computer industry for 34 years, retiring in 2000 as a Project Manager for Unisys Corporation.

Tom’s faith was an important part of his life and he was an active member of First Baptist Church of Wheaton, now Highpoint Church. In retirement he served as a trainer with the Community Emergency Response Team (CERT) of Milton Township. He was a member of the Pedal Pushers, a bicycling group of the Wheaton Park District Senior Center and also participated as a Trail Patrol rider for the Forest Preserve District of DuPage County. During the summer months, he enjoyed riding and camping with cross country bicycling groups in Michigan and Wisconsin.

He is survived by his wife, Barbara Watson, his daughter, Monica Watson, his sisters, Patricia Beard of Prospect, V.A., Mary Lou McChristy and Janet Bell of Stonington, Ill., and Brenda (Gary) Mills of Taylorville, Ill., as well as 14 nieces and nephews.

He was preceded in death by his parents, Joseph and Beatrice Watson, his sister, Sharon Lyons and his brother, David Lee Watson.

Family and friends may sign a guest book at hultgrenfh.com. For more information, please call Hultgren Funeral Home at 630-668-0027.