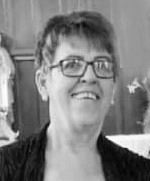 Funeral Mass will begin at 11:30 a.m. Wednesday, January 12, 2022 in St. Maryís Catholic Church, Assumption, Ill. Visitation will be from 9:30 ñ 11:30, prior to service time. Burial will be in St. Maryís Cemetery, Assumption.  Memorials may be made to St. Maryís Altar Society or St. Maryís  Cemetery.

Barb was born on December 30, 1951 in Pana, Ill., the daughter of John Thomas and Lucille Theresa (Rever) Coughlin. She was a member of St. Maryís Catholic Church of Assumption and served on the St. Maryís Altar Society. Barb also served the Assumption community as a council woman for seventeen years, the Assumption Alumni Committee and an active member of the Comet Girlís Club. She worked as a dental assistant for Mid Illinois Dental Associates in Taylorville, Ill., for forty-three years and enjoyed crossword puzzles and crafts in her spare time.

Preceding her in death are her parents, brother, Terry Coughlin and sister, Linda Callan.

Seitz Funeral Home, Assumption has been entrusted with the care and service arrangements.  Condolences for the family may be left at www.seitzfh.com .