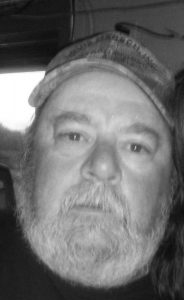 Funeral services will be 10:00 a.m. Thursday, January 13, 2022, with a visitation on Wednesday, January 12, from 5:00 ñ 7:00 p.m., both in Seitz Funeral Home, Assumption.  Burial will be in Pleasant View Cemetery, Assumption. Memorials may be made to St. Jude Childrenís Research Hospital.

Jerry was born on March 21, 1958 in Hillsboro, Ill, the son of Jessie Meral and Bonnie Mildred (Smith) Ohl. He married Donna Miller on September 5, 1998 in Assumption, Ill. She survives.

Jerry was a member of IBEW LOCAL 146 and retired from Bodine Electric of Decatur, Ill. He was an avid L.A. Lakers and St. Louis Cardinals fan and enjoyed playing golf on the Wednesday Night Menís Golf League.

Preceding him in death are his parents.

Seitz Funeral Home, Assumption has been entrusted with the care and service arrangements.  Condolences for the family may be left at www.seitzfh.com .