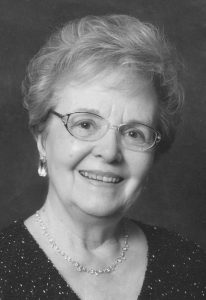 MaryAlice graduated from Sacred Heart Academy and earned her associate degree from Springfield College. She was a musician at heart and was a piano teacher for 58 years. MaryAlice taught private lessons at Ursuline School of Music and also worked at Kalamazoo Michigan Music College and Milliken University. She mentored countless private students throughout her teaching career. She was a member of Blessed Sacrament Church, Illinois State Music Teachers Association, and the Illinois  Federation of Music Clubs. She was an avid bridge player with many longtime friends.

Memorial contributions may be made to the American Heart Association, Greater Midwest Affiliate, Memorials and Tributes, 3816 Paysphere Circle, Chicago, Ill., 60674.