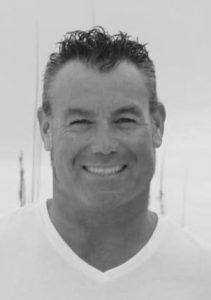 Troy Alan Helton was born on Monday, February 7, 1977. He came into this world and the hearts of his family loudly and with a tremendous amount of energy and love for anyone he met. This would continue his whole life. He was a larger than life figure, passionate and much louder than the average person. He did everything to the fullest. As he grew up family, friends, faith, and sports were his passions. As a kid, he would play football every day, even by himself in the yards around his home. His many friendships he cultivated lasted his whole lifetime.

With the birth of his family, Troy was the proudest, loudest, and most loving father to his children; he loved them with all of his being. Nothing in life mattered to him more than them. They were the light in his eyes. Every time you would ask how he was doing the conversation revolved around them. He recently married the love of his life Monique, only after making sure she loved his kids as much as he and their mother did. He looked at Monique like no one else mattered.

Troy had a heart as large as the world. Always caring for others, always stopping asking how you were doing even though he may have had troubles. He was a loving person always giving hugs and caring about others.
Troy cared about youth in sports; he umpired, refereed, and coached youth of all ages. During sports he always mentored and guided youth to give their all and be passionate about teammates, and themselves. He never quit, never gave up on coaching, mentoring, and guiding youth.

Troy was preceded in death by his paternal and maternal grandparents Gertrude and Willard Helton and June and Jack Zimbelman.

Memorials are suggested for His Children’s College Education Fund