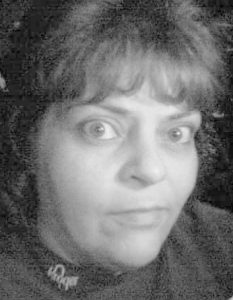 Patricia Ann “Patti” Rozplochowski, 54, of Taylorville, passed away at 1:09pm on Saturday, January 22, 2022 at Taylorville Memorial Hospital. She was born on September 7, 1967 in Taylorville, the daughter of Herman A. Brown Sr. and Marilyn H. (Baratta) Brown. She married Douglas Rozplochowski in 1985 in Taylorville. Patti earned her CNA certification and previously worked for Head Start as a driver and teacher’s aide. She enjoyed reading. Her entire life centered around her family, especially her daughters. To Patti, her children were her entire world, and she was everything to them. Patti’s love for her children was incredible, equal only to their love of her; she will be remembered as the best mother they could have ever asked for.

Patti will be cremated and a memorial service and inurnment in Calvary Cemetery, Pawnee, will take place at a later date. Memorials may be made to the family, c/o Herman Brown. McClure Funeral Home and Cremation Services in Taylorville is assisting the family with arrangements. Memories of Patti, or condolences to her family, may be shared online at www.mcclurefuneralhome.com.