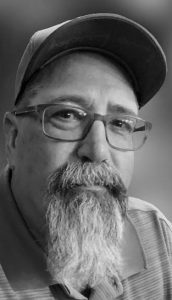 Timothy Wayne Hobbs, 58, of Edinburg, passed away on Saturday, January 22, 2022 at Memorial Medical Center in Springfield. Tim was born on October 25, 1963, in Springfield, the son of Clarence Ray and Roberta Mae (Womack) Hobbs.

In his younger days, Tim enjoyed rodeoing and team roping. After retiring as a correctional officer from Taylorville Correctional Center he took up golfing and playing poker.

Tim is preceded in death by his parents and several aunts and uncles.

Visitation will be held on Thursday, January 27, from 4:00-6:00PM at Wilson Park Funeral Home, 109 East Washington Street, in Edinburg. Casual attire is requested as well as wearing masks and observing CDC COVID-19 guidelines