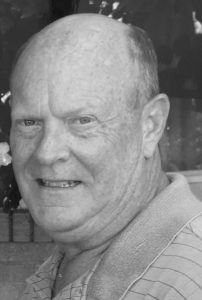 John Arthur King, 70 of Clayton, N.C., formerly of Taylorville, passed away at 1 P.M. on January 22, 2022 at SECU Hospice House in Smithfield, N.C., following a battle with Lung Cancer.

John was born on June 2, 1951 in Pana, Ill., the son of Raymond and Wanda (Atwood) King. He married Celeste Root at St. Mary’s Catholic Church, Assumption, on August 24, 1974. John graduated from Assumption High School in 1969, he attended Ill., Central College and went on to work as a Deputy at The Christian County Sheriff’s Department. He worked for the Illinois State Police from 1974-2002. He retired as Captain of District 12. He will be remembered as an intelligent, dedicated, hard- working, loving man who was very well respected by everyone who knew him. He enjoyed golfing, bowling, riding his Harley and spending time with his family and friends, especially his children and grandchildren.

Mr. King will be cremated, and a memorial service will be held at 12:00 noon Saturday February 5, 2022 at McClure Funeral Home in Taylorville. Visitation will be from 10:00 a.m. until noon on Saturday at the funeral home. Inurnment will be held at St. Mary’s Cemetery in Assumption immediately following the memorial service, with a Police Escort. The family requests no flowers, but to donate to a charity of your choice. McClure Funeral Home in Taylorville is assisting the family with arrangements.