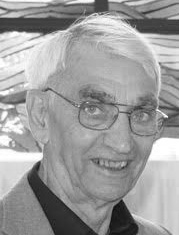 Charles Roy Nielsen, 92, of Louisville, Kentucky, formerly of Taylorville, Illinois, passed away on Friday, January 28, 2022 at Baptist Health East Hospital in Louisville, Kentucky. He was born on August 4, 1929 in Milford, Illinois. He married Wilma Kathryn Eminger on June 15, 1958 in Gibson City, Illinois and she preceded him in death on February 25, 2016. Mr. Nielsen proudly served his country as a member of the U.S. Army during the Korean Conflict. He graduated from the University of Illinois with a degree in agriculture and went on to work his entire career as a District Conservationist with the USDA, retiring in 1988. He was an active member of Trinity Lutheran Church, having served on the Board of Elders and Congregation President. He and Wilma enjoyed square dancing, and he served as Past President of Twist & Twirl Square-dance Club. Charles gave back to his community by spending 13 years as an elementary school mentor in the after-school program. He enjoyed working in the great outdoors, not only as part of his career, but also in his retirement years. More than anything, Wilma and Charles loved their family, especially their grandchildren.

Mr. Nielsen will be cremated, and a memorial service will be held at a future date in Taylorville. Memorials may be made to the Trinity Lutheran Church, Taylorville. McClure Funeral Home and Cremation Services in Taylorville is assisting the family with arrangements. Memories of Charles, or condolences to his family, may be shared online at www.mcclurefuneralhome.com.