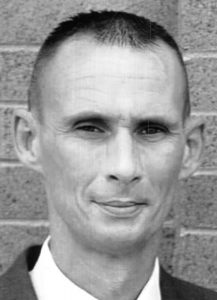 Edward Michael Gillen II, 43 of Taylorville passed away on Saturday, January 29, 2022 at 8:50 a.m. at St. John’s Hospital in Springfield, Ill. He was born on July 1, 1978 in Taylorville, Ill, the son of Edward Michael Gillen and Faye Hoy. Edward was a mechanic for Rt. 29 Kustoms and in his spare time, he loved riding his motorcycle and spending time with his family and friends.