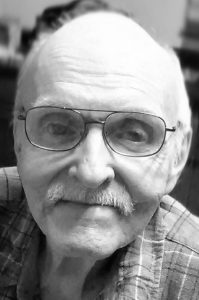 Samuel George Groener, 84 of Taylorville, formerly of Chicago, passed away on Saturday, February 5, 2022 in his home. He was born on August 1, 1937 in Chicago, the son of Charles and Elizabeth (VanFleet) Groener. Sam worked most of his life as a truck driver in Chicago, and also worked as a limousine driver, security officer, and in advertising. He also earned his EMT license, working on an ambulance in Chicago and the suburbs. Along with his wife Sherry, Sam worked at 4 locations of a suburban Chicago funeral home for several years. He will be truly missed by his family, who thank their heavenly father for allowing him to stay on this earth for so many years.

Sam struggled with many illnesses over the last decade and had many victories and relapses. He is truly at peace now with no more suffering, and he will dwell in the house of the Lord forever.

Mr. Groener will be cremated, and no services will be held at this time. Memorial donation in Sam’s honor may be made to the Taylorville Memorial Hospital Foundation. McClure Funeral Home and Cremation Services in Taylorville is assisting the family with arrangements. Memories of Sam, or condolences to his family, may be shared online at www.mcclurefuneralhome.com.