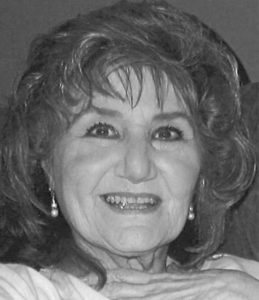 Ms. Sharon K. Katcher-Stringer, 79, of Taylorville, Ill., formerly of Kincaid, Ill., left peacefully from this world surrounded by her loved ones in her daughter’s home.

She was born in Taylorville, Ill., May 29, 1942 the daughter of Steve J. and Mary Ann (Bernardini) Katcher.
Ms. Stringer worked as a Barber/Stylist, an Artist, and she retired from the Illinois Department of Revenue. She was a member at both St. Maryís and St. Ritaís Catholic Churches. Ms. Stringer also belonged to the Illinois Art Association and she won several ribbons for her artwork in competition at the Illinois State Fair.

Funeral services will be held at 11:00 A.M. Tuesday, February 8, 2022 at Masterson Funeral Home in Kincaid, Ill. Monsignor David Lantz will officiate. Burial will follow in Calvary Cemetery, Pawnee, Ill. Visitation for Ms. Sharon K. Katcher-Stringer will be held from 10 am until her services at 11:00 A.M. at Mastersonís in Kincaid, Ill. Memorials in lieu of flowers are suggested to: St. Jude Childrenís Research Hospital – 501 St. Jude Place – Memphis, Tenn. 38105 OR The Alzheimerís Association – 2309 West White Oaks Drive – Springfield, Ill., 62704. Memories and condolences may also be shared at mastersonfh.com and will be forwarded to her family.