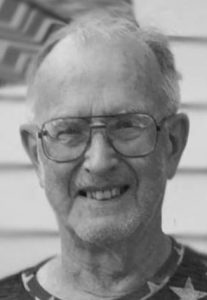 Richard Leon Myers, 79, of Taylorville, passed from this world to his eternal life with Jesus, at 5:57p.m. on Sunday, February 20, 2022 at St. Francis Medical Center in Peoria. He was born on August 2, 1942 in Taylorville, the son of Herschel and Della (Burton) Myers. He married Diana Lynn Tomazic on March 18, 1967 in Taylorville. Richard was a veteran of the U.S. Air Force and was stationed in Italy, Germany, and Alaska, and he also spent 23 years in the Air National Guard. He retired from Firestone after a career of over 30 years. He was a member of Holy Trinity Catholic Church and St. Maryís Catholic Church, the Knights of Columbus, and the American Legion. Richard bowled for many years in several different leagues, mainly at North Lanes. He was an avid racing fan, especially NASCAR. He attended many Daytona 500ís and spent his last hours of life watching this yearís race with his son and daughter-in-law by his side. Richard was the most devoted husband, father, and papa that a family could ask for. His selfless, humble, and patient demeanor will be forever remembered by his family and friends.

A funeral service for Richard will be held at 11:00am on Saturday, February 26, 2022 at McClure Funeral Home with Judge Ronald Spears officiating. Visitation will be from 5:00pm until 7:00pm on Friday at the funeral home. Burial will be in Glen Haven Memorial Gardens in Taylorville. In lieu of flowers, memorials may be made to AAMP/Autism and Movement Project, 11 S. Locust, Pana, IL 62557. McClure Funeral Home and Cremation Services in Taylorville is assisting the family with arrangements. Memories of Richard, or condolences to his family, may be shared online at www.mcclurefuneralhome.com.