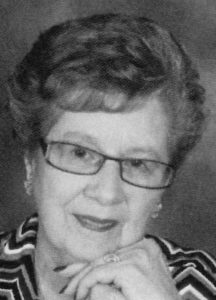 Elaine worked as a private secretary for many years. She was a lifelong member of First United Methodist Church, where she worked in the church kitchen for 62 years. She served on the care ministry of the church and taught Sunday school and Bible School. She belonged to I.B.T. Sunday School Class for over 60 years and to the “Chicks Prayer Group” as well as Tuesday Morning Bible Study for over 40 years. Her church was her life and she loved to serve Jesus.

Elaine volunteered at UIS Auditorium as an usher. She also volunteered at HSHS St. John’s Hospital as a Samaritan for ten years. She spent all of her life taking care of family and friends.