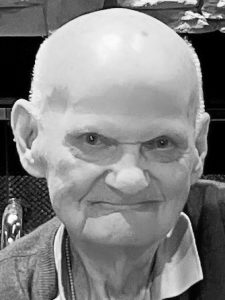 He was born June 25, 1927 in Irondale, MO to Richard M. and Elsie Lashley
Province. He married Betty Jean Adams in Irondale on January 5, 1947. She preceded him in death on February 22, 2015. He was also preceded in death by his parents; son, Richard A. Province; grandson, Ryan M. Bates; two sisters, Martha and Luvinia; three half sisters, Mary, Faye, and Laura; and two half brothers, Virgil and Linus.

He graduated from Irondale High School in 1945 and from the University of Missouri with honors in 1950 with Harry Truman speaking at his graduation. Near the end of WWII, he joined the Marines serving from June 1945 to August 1946.

He worked at the Sangamon Greeting Card Company in Taylorville, IL, retiring as Vice President after 36 years of service in 1992. While in Taylorville he volunteered with the Boy Scouts for seven years and was district chairman. Being a sports fan, he followed the St. Louis Cardinals and the Missouri Tigers. He was a member of Crossroads United Methodist Church in Washington.

In lieu of flowers, memorial donations may be made to his church for the Ryan Bates Memorial Playground. A funeral service will be held at 11am Saturday, May 21, 2022 at Deiters Funeral Home and Crematory in Washington, IL. Pastor Bruce Rushing will officiate. Visitation will be one hour prior to the service from 10 to 11am on Saturday at the funeral home. Burial will

be at Glendale Cemetery in Washington.
Richard’s memorial website is available at www.

deitersfuneralhome.com where condolences may also be sent to the family.