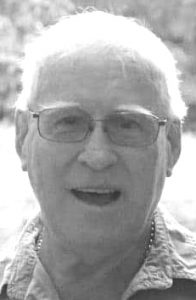 Don proudly served his country in the U.S. Army from 1965 until 1967 and was a member of the Foursquare Pentecostal Church in Decatur. Don had a true entrepreneurial spirit that he used to operate many successful businesses throughout the years. He owned a variety of establishments ranging from a diner, to used car lot, limousine service, gift shop, laundromat, furniture store and even owned a farm in Tennessee. He continued to operate a large home rental business in the Edinburg area.

He is survived his wife: Jackie Kendall of Edinburg; sons: Shawn Kendall (Dawn) of Bloomington and Danny Whipple (Ina) of Decatur; sister: Charlene Brown (Bill) of Cisco; and several nieces and nephews. He was preceded in death by his parents; brothers: Wayne, Paul, and an infant brother; sister: Christine Pickel; and stepfather: Charles Vaughn.

Mr. Kendall will be cremated, and no services will be held at this time.

McClure Funeral Home and Cremation Services in Taylorville is assisting the family with arrangements. Memories of Don, or condolences to his family, may be shared online at www.mcclurefuneralhome.com.