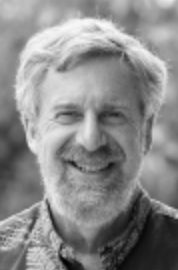 Jeff Robert Scofield, 62, of Seattle, Washington, formerly of Taylorville, Illinois, passed away on Saturday, May 28, 2022 at Swedish Medical Center – Cherry Hill in Seattle, Washington. Jeff was born on May 3, 1960 in Taylorville, Illinois. He was the son of Dr. John H. and Marilyn (Ivers) Scofield. Jeff married Hettie Allee on June 19, 1991 in Pedernales Falls State Park in Blanco County, Texas. He attended Oconomowoc High School in Oconomowoc, Wisconsin, then graduated from Coe College in Cedar Rapids, Iowa with a bachelor’s degree in business administration, before going on to earn a master’s degree in higher education administration from the University of Texas at San Antonio.

Jeff’s career has been devoted to financial aid and helping students achieve their goals of attending college. He served as Dean of Financial Aid at Chaminade University in Honolulu, Hawaii. Previously, he was Assistant Vice President, Student Financial Services for Seattle University, and prior to that he had served in a number of Director of Financial Aid posts, including at University of Hawaii at Hilo, Longwood University in Virginia, and Our Lady of the Lake and Schreiner College in Texas. Jeff spent a year abroad in college, living and studying in Tokyo, Japan, which sparked a lifelong interest in Japanese literature, language, and culture and resulted in several return trips with family and friends. Both his daughter and son studied Japanese language and spent semesters in Japan. Jeff also enjoyed bluegrass music, nature walks, weekend visits to the farmers market, rhubarb pie, coaching his son’s soccer team, and reading the Sunday edition of The New York Times.

A memorial service is being planned for later this summer in Seattle.