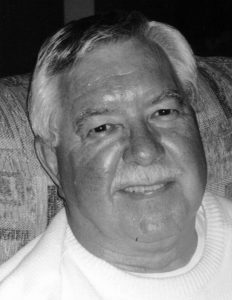 Survivors include his son Brett Dominic Warnelis of Palm Bay, Fla.; his first wife Joyce A. Warnelis of Aurora; sister-in-law Sue (Anthony Delmar) of Round Rock, Texas and nephews Steven and Christopher and Debbie (Michael) of Upper St. Clair and their sons Adam, Zachary, and Seth; step-children Kristi Argyilan (Mark Mossing) of Minneapolis, Minn. and their sons Benjamin, Jack, and Chase, and Todd (Michele) Argyilan of Aurora and their sons Grant and Alan ìAJî James; sister-in-law Janet (Edwards) Wurl of Lake In The Hills and her daughters Denise and Diane; several cousins.

Joe was preceded in death by his parents; his two brothers Anthony D. Warnelis and Michael A. Warnelis; his step-daughter Wendy Argyilan, and his second wife Betty Warnelis.

Joe graduated from Eastern Illinois University in Charleston with Bachelorís and Masterís degrees in business Education. His professional career launched in 1964 and included positions as a public accountant for Peat, Marwick Mitchell in Chicago; as an internal accountant for All-Steel in Aurora; an accountant on Long Island NY for Kaufman and Broad Builders, and Four Lakes Villages in Lisle. He also taught accounting at Aurora University and Waubonsee Community college. Joe owned an income tax service, E. Mason, for many years with offices in Chicago and the western Suburbs. He had also co-owned and operated with Joyce, Liberty Market, a third generation family grocery business in Taylorville. Joe concluded his professional career as a stockbroker with Oberweis Securities in North Aurora, from 1986 until his retirement in 2001.

Joe was a member of Holy Angels Catholic Church in Aurora, where he married Betty in 1989. He truly loved his grandsons and enjoyed spending time with them. Joe enjoyed talking about politics, investments, family, travels, and food. He was a great story teller and deeply appreciated his Italian and Lithuanian ancestry. He strongly practiced his faith through the goodness he brought to his family and the integrity of his businesses. He stressed the importance of education and a strong, honest work ethic.

In lieu of flowers, memorial donations may be made to Holy Angels Guardian Angels Scholarship Fund.

Please visit our website at www.daleidenmortuary.com where you may leave condolences for Joseph’s family.