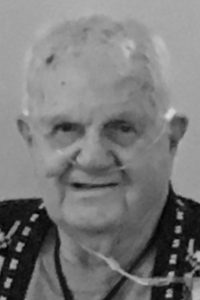 He was born on April 13, 1930 in Decatur to Frank E. and Bertha May (Gelsinger) Hornbeck. He married Bonne Vanzant on December 17, 1949 in Springfield, and she survives.

Frank retired in 1991 from Caterpillar as an assemblyman on the motor grader line. He was a member of Trinity Lutheran Church in Taylorville where he served in many capacities including church Elder, Trustee, Lutheran Layman’s League/Men’s Club. He also played in the church softball league, as well as a bowling league. He was a member of the Jaycees and the Optimist club. In addition to his memberships, Frank also volunteered his time as a firefighter and for the rescue squad in Taylorville. He was an avid Cardinals & Illini fan and loved coaching little league. Frank was always there for his family, he was an integral member of his church, his community, and he will be dearly missed by all those who had the pleasure of knowing him.

A service for Frank will be held at 11:00 a.m. on Wednesday, June 15, 2022, at Trinity Lutheran Church in Taylorville with Pastor Rodney Blomquist officiating. Visitation will take place from 10:00 a.m. until the time of the service in the church. Interment will take place at Oak Hill Cemetery. Memorials may be made to the Trinity Lutheran Church or TLC Childcare Plus, 1010 N. Webster, Taylorville, IL 62568.

McClure Funeral Home and Cremation Services in Taylorville is assisting the family with arrangements. Memories of Frank, or condolences to his family, may be shared online at www.mcclurefuneralhome.com.