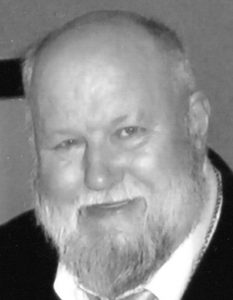 James William “Bill” “Quickie” Turner, 82 of Taylorville passed away at 1:20p.m. on Monday, October 3, 2022 at Springfield Memorial Hospital. He was born on June 6, 1940 in Taylorville, the son of Lee Roy and Irma (Tanner) Turner. He married Sharon S Franklin on April 3, 1960 in Taylorville. Quickie was a life long coal miner, working at Peabody Mine #10 until its closure. Bill was a proud member of the UMWA. He was also a member of the Presbyterian Church as well as Mound Lodge #122 A.F. & A.M. and the Eastern Star where he served as P.W.P. Bill enjoyed watching TV, especially westerns and wrestling. He was very handy and enjoyed many projects, especially the addition he built on his home. More than anything he was devoted to his family, especially his grandchildren whom he spent countless days driving them wherever they needed to go.

Mr. Turner will be cremated, and a graveside service will be held at 10:00a.m. on Friday, October 14, 2022 at Glen Haven Memorial Gardens in Taylorville. Memorials may be made to the Shriner’s Hospital for Children, St. Louis. McClure Funeral Home and Cremation Services in Taylorville is assisting the family with arrangements. Memories of Bill, or condolences to his family, may be shared online at www.mcclurefuneralhome.com.