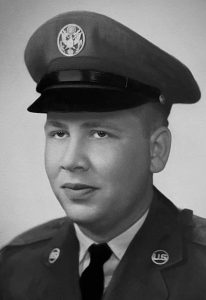 Tommy graduated from Assumption High School in 1962. He served in the United Sates Air Force for four years. ìBig Tomî worked for many years and retired from Firestone. He was an avid St. Louis Cardinals and Indianapolis Colts fan. He also never missed an episode of Jeopardy. He was a member of the VFW and the American Legion.

Services will be held at a later date.