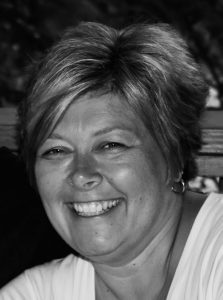 Shona Marie Edwards, aged 53, passed away at her home in Witt, Ill., surrounded by loved ones on Friday, October 21 after a courageous battle with cancer.
Shona was born in Hillsboro, Ill., on December 10, 1968 to parents Roger and Gail (Hakala) Cole. She was the oldest sibling to Chris and Shane and they were raised in Nokomis and spent many summers in Rutland, Massachusetts,

Shona was a 1987 graduate of Nokomis High School. After graduating NHS, Shona attended The International Academy of Merchandising and Design in Chicago, followed by LLCC, and then completed her Bachelor’s Degree in History at the University of Illinois at Champaign-Urbana. She worked as the Early Childhood Program Director at North Elementary School in Nokomis for 11 and a half years while completing her Professional Educator’s License with an endorsement in Social Studies. Following her calling, she received an Associate’s of Science degree in Nursing and passed her state boards to become a Registered Nurse, working at Taylorville Memorial Hospital in the Emergency Department before starting her career in 2018 as a Corrections Nurse at Graham Correctional Facility in Hillsboro, Ill.

She and her husband, Russell (Kenny) Edwards began their life together in 1992 and were married on February 14th, 1998 in Nokomis. Shona’s greatest joy in life was being a mother and a grandmother. She enjoyed riding her motorcycle, being outdoors, and spending her time poolside with her family. She loved celebrating the holidays surrounded by her kids and grandkids and looked forward to the snow each winter would bring. She was active in the community and often raised money through her beloved paint parties for many different charities and community organizations around the Montgomery and Christian County areas. She helped organize the Shane Cole Memorial Fund in honor of her brother, which has included popular fundraisers such as the Shane Cole Memorial Poker Run, which funds the Keep Kids Warm Coat Drive, a community park, and scholarships for Nokomis High School graduates.

Shona was preceded in death by her brother Shane Cole.

Funeral Services will be held Thursday, October 27, 2022 at 11:00 A.M. at the Stiehl-Dawson Funeral Home in Nokomis, Ill. Pastor Jeff VanDyke will officiate. Visitation will be held Wednesday, October 26, 2022 from 3:00 P.M. until 8:00 P.M. at the funeral home. Burial will be in the St. Barbara’s Cemetery in Witt, Ill. The family suggests memorial contributions be directed to the Montgomery County Cancer Association or the Shona Edwards Memorial Fund for Community Outreach.

The Stiehl-Dawson Funeral Home is in charge of arrangements. To view the online obituary please visit stiehldawsonfh.com