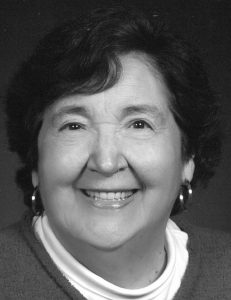 Ruth E. Weiser, 95 of Taylorville, passed away at 11:10a.m. on Thursday, December 1, 2022 at Taylorville Care Center. She was born on August 14, 1927 in Springfield, the daughter of Edwin and Helen (Brittin) Aarup. She married Robert H Weiser on June 4, 1949 in Springfield, and he preceded her in death on March 2, 1992. Ruth attended Brown’s Business College and earned her certification as a real estate agent and broker. She began her career in real estate in 1967 and was one of the first women in Illinois to have such a career.

Her real estate career continued for several decades in not only central Illinois but also Texas. She was a charter member of the Taylorville Christian Church. Ruth was and active member in several area organizations including: Kiwanis, White Shrine, BPW, VFW Auxiliary, and Beta Sigma Phi sorority. She also enjoyed crocheting and singing as a part of Harmony.

A funeral service for Ruth will take place at 2:00p.m. on Monday, December 5, 2022 at McClure Funeral Home in Taylorville with Rev. Dick Wamsley officiating. Visitation will he held one hour prior to the service on Monday. Burial will be in Glen Haven Memorial Gardens.

Memorials may be made to the Taylorville Christian Church. McClure Funeral Home and Cremation Services in Taylorville is assisting the family with arrangements. Memories of Ruth, or condolences to her family, may be shared online at www.mcclurefuneralhome.com.