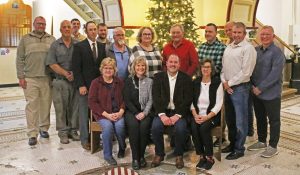 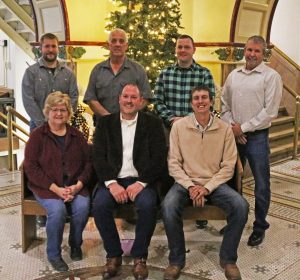 CHRISTIAN COUNTY — The Christian County board met for their re-organizational meeting on Monday, Dec 5 in the Board Meeting Room of the Courthouse. This was the first official meeting in December and the first time this particular board has met.

First order of business was the swearing in of the 16-member board. That was conducted by Christian County Resident Circuit Court Judge Brad Paisley. Then came the business of selecting a chairman and vice-chairman. Members elected Bryan Sharp of rural Taylorville and District 3 representative, as

chairman duties, Epley was named chairman of the Executive, Personnel, Liquor and Legislative committee. Corzine was the former chair of the committee.

Venise McWard kept her position as chairman of the Finance committee.

The re-organizational meeting adjourned at 6:56 p.m. The first regular meeting for the new Board is Tuesday, Dec. 20, 2022, in the Board Meeting Room of the Courthouse.

TPD Officers Of The Year Announced

Asteroid coming exceedingly close to Earth, but will miss