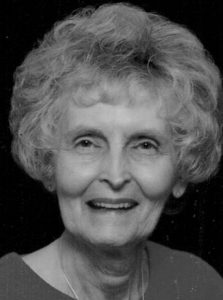 Mona Suzanne (Bland) Dunn, 85, of Mt. Auburn, Ill., passed away the morning of, Saturday, December 3, 2022, at St. John’s Hospital.
She was born April 21, 1937 to Paul and Martha (Hardy) Bland in Mt. Auburn, Christian County, Ill. Her parents proceeded her in death. She was the younger sister of Myrna Dianne (Bland) Whitehead. Most of her youth was spent in and around the Mt. Auburn, Ill. area. She was baptized April 5, 1953 at Mt. Auburn, Church of Christ at the age of 15, just before her 16th Birthday. She graduated from Mt. Auburn High School in May of 1955.

Upon graduating she married and traveled abroad, living in multiple states and she started her family in Bloomington, Monroe County, Ind., where her two children were born and spent their early childhood. She often said the most important event in her life was birth to her son and daughter. She also said her most memorable event was seeing her son and her daughter graduate from college.

At a young age she returned to Mt. Auburn, Ill. with her two children, as a devoted, pioneering, working, single Mother.

Throughout her life she had many experiences and accomplishments including, a few of many: studying Interior Decorating and Clothing Construction at Southern Illinois University; working at Indiana University for the Madrigal Sales, Personnel Insurance, and Indiana University Memorial Union; and working at Millikin University where she was recognized once as employee of the year and from where she retired after many years of employment.

She was involved with Mt. Auburn Church of Christ, where she was baptized; Mechanicsburg Christian Church, where she was Mother of the Year 2007; and Mt. Auburn United Methodist Church through the years. She loved various genres of music including Country, Irish, and Polka music. She also had an extensive Raggedy Ann and Andy collection in which she took great pride and at times would even dress up for occasions as Raggedy Ann.

Most recently she and her sister served as the Grand Marshalls of the Mt. Auburn Farmers Picnic Parade in August of 2022.

She will be fondly loved, remembered, and extremely missed by her surviving family: Her children: Eric J (Stephanie) Dunn, Monica Suzanne (Albert) Hohimer, and her “favorite (furry) child” Mickey, who now lives with Monica.

Graveside Services will be led by Larry Hanson, on Wednesday, December 7, 2022, at 3:00 PM at Mt. Auburn Cemetery. A celebration of life will follow in the Spring of 2023. Fullenwider-Park Funeral Home in Mechanicsburg will be handling the funeral arrangements. In leu of flowers donations can be made to Christian County Ill., Humane Society. Mona had a big heart for animals, especially those in need.
Mona said her favorite quote was ìCount Your Blessings’ and she was and will remain one of our Biggest Blessings.